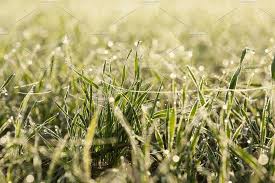 A Version of Me

Trails are not Roads (2000)
Moonlight fed our skin at the base of the looming trees–a conspiratorial sentinel of conifers who whispered each to each in a language we no longer speak or hear. Here below, bare feet upon the forest floor as the mandolin played. Above a breeze strummed the pine needles so they fell as sure and quiet as the passage of moments. Around the campfire, cups held in loose hands as the tongue, stained purple and red, shaped the sounds and sent up voices carried with so many nights down. The white light of the moon upon dark hair. Her face was expectant and sure in the knowing that these moments would stretch on until, like a trail in the deepening forest, they do no more. Trails are not meant to become roads, and when they do they end.

Suburbia (2002)
Men measure lawns so they might not measure themselves. Who isn’t found wanting? To wave at the neighbor with courageous face, the garage door closes as my smile fades. Opening the tool bag, a bottle of vodka felt in the darkness. Removing the top like the loading of a gun. Pull from the opening as the greasy glug-bubbles race trapped to the bottle’s butt, tipped up. Child on the way thinks the man-child. And what can I do? Swell a progress or two? Stacks of paper to critique and the belief that this work will make wordsmiths/them, and a career/me. Entropy is real. Things fall apart. Dog runs in the backyard, wife cleans the house with belly full of babe. Will I be enough? Dutiful, willing, scared.
There are men standing alone in backyards who are looking up into what would be darkness if it were not the moon, stars and even the silent glide of the passing satellites. All is as mysterious as the information sent by those satellites that the few speak who will pave the next and the decades to come. The empty spaces in our pockets had not yet been filled with the dark monolith screens of the era to come. Necks, still straight, soon to be bent in reverence to the smartphone.

The Borrowed Garb (2004)
Sin on Saturday and church on Sunday. Our freckled-faced girl with an inchoate understanding of a parent’s brand of hypocrisy. I might have shrugged and at some point wondered, This is what adults do? Sit in the pews and let the words wash away the evening before. Midnight clock on the wall reflected the jostling shoulders bumping into each, and the couple lumber over to the crib and slur a speech directed at perfection. And why not? People speak of politics and do not vote. They trace stars with numb fingers afraid that there is nothing and shudder at the possibility that there is something.

Adulting (Then)
I am flawed. Envious, jealous, broken and often healed. A Heal-thyself-Physician stitching and removing stitches, and stitching and removing until scars are tougher than the hands that hurt. So this is what I must do? Not show them the version I want them to see but become? The toolbag in the garage has no hidden bottle to numb the times between work and sleep; none of my shame in the recycling bin; no awkward grocery store encounter as I hold a bottle of wine in one hand and a twelve pack in the other. It takes a kind of courage to look through the clear lens of reality without the dark hues of zinfandel and stout.

Adulting (Now)
I am yet another adult face that smiles round the long table. I had stocked the day with treasures, moments of value, so that my store of happiness would be full and a bulwark to face the many lights of attention that would be spent on me during the evening to come. Each interaction around me, I look at in a kind of awe. They are each seeming bird-feeders of joy and contentedness waiting for another to flutter about and feed before moving to yet another. These effortless conversations and I am fishing. A long line stretching from my hands to some depth beneath the floor. I pull a version of me up, hoist it, and it almost fits. I watch as this version of me, now caught and worn, tells a joke, smiles, tries to be witty. When none are looking, I rip it from my frame, press it back down my length, through the floor, into the darkened waters from whence it came. Another version of me caught and worn just in time for a conversation about food. Where have we eaten, a discussion occurs while we are eating. In the eyes I cannot lie.
Am I the only fisher of oneself at this table? This was easier when I could medicate with alcohol. It has been called a crutch but to me it was a filter upon which a mask was placed. An anchor of sadness rises up through the filter and just before this is permitted to slip from the pores upon my face, a smiling mask catches and converts. If the face is smiling than happiness will follow. Pascal intimated that if one were to kneel down and move their lips in prayer, they would believe. Updike wrote about the performance just as Althusser had. We are always reconstituted as subjects due to our relationships with each other and the institutions shaping us.
It does take more courage to do this without alcohol. Of that I am sure, because I can still remember the lightness of being after two glasses of wine and then–

Starlight,
reflection in the window,
well placed innuendo,
the easy breeze of a tete-a-tete.

Sitting and standing as a performance. It’s as easy as lying to another, and with enough I become so light as to float above myself. Look. Effortless. Content to wear this version of myself until the drinks are spent and metabolized.
I have, for extended periods, caught the version of me that fits and stays and is even there in the morning when I rise and move in sunlit rays. But this? This is not that day.
Where do I go? There are times when I feel the light of another spent my way, and I feel both deserving and worthy. Times when I can hear the music beneath the music. Times when I share my own bird-feeder with others.
Maybe all those would-be fishermen of self are at home perusing their walls or backyards. Was I courageous enough to grapple with my own fishing line between two bird-feeders or is arrival just the powerful flow of social currents bringing us to a destination the community agreed upon?
I wish I could explain how I might be tussling with my own line and for a moment I see you there. The light catching your eye. A smile so real that it is I who is, for a moment, fed.

Author: Michael A. Trails are not Roads (2000) Moonlight