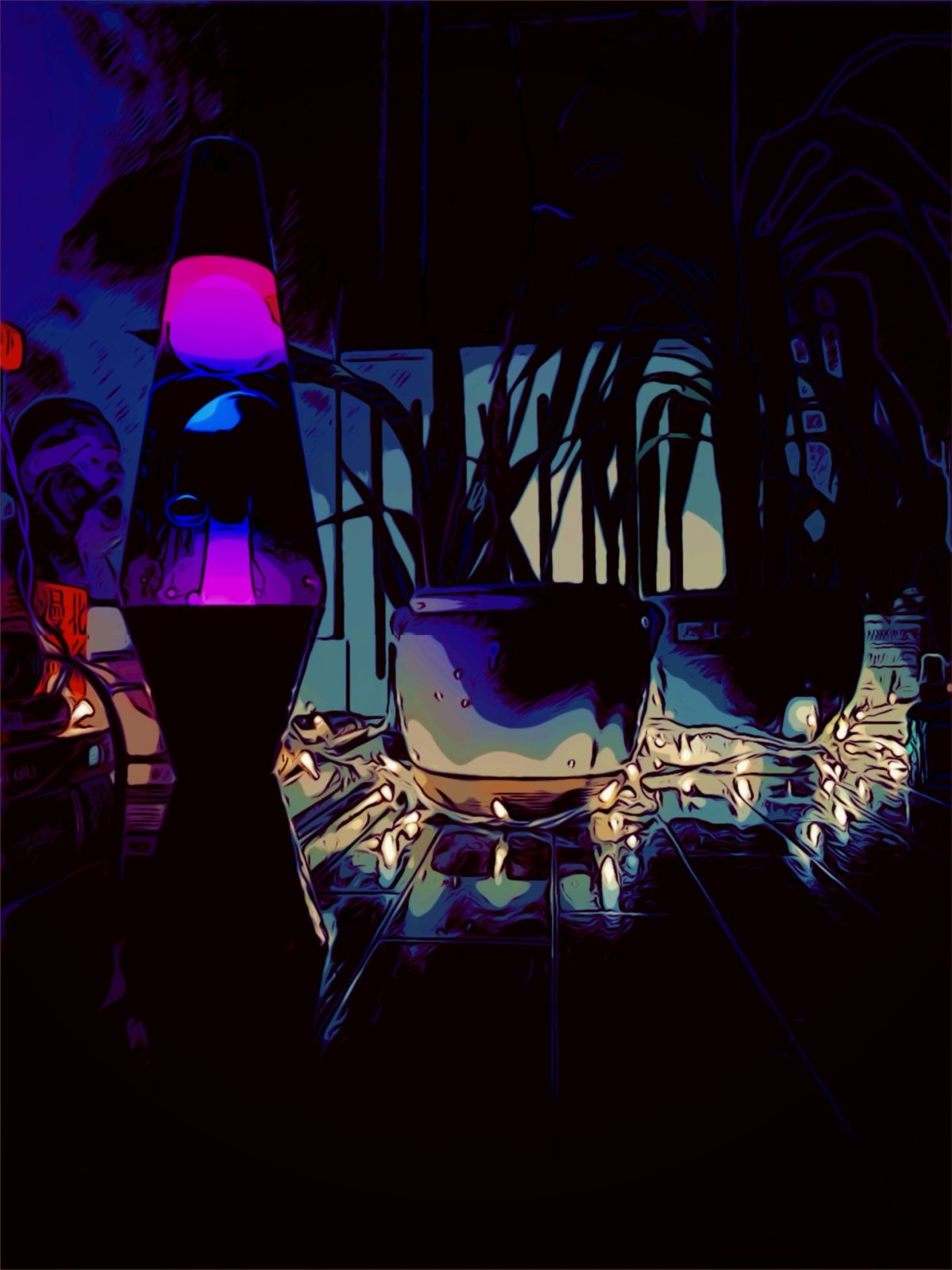 I: A Cheap Flight

to be inhaled through an inferno drag

while sitting on a ship — slowly merging

two hemispheres into one entity.

for a solid-liquid identity;

from life of modern civilization

on an illusionary lush sandbar

strums harmoniously throughout the room,

long-temporary stay in the back room.

that transforms dry dance floors to a shower

a midsummer fantasy with power,

and a tangible orchestra of beats.

All waiting on an eager ingestion,

which forces the palate to urge for sweets

without imposing and halting questions.

There in the grove of sensual bodies

I heard Dionysus’ warning to man,

yet the bright raining light disembodies

form from trivialities of madman

who greedily plays courtship and money;

however, unworthy in Bliss Honey.

III: A’ Picking We Go

In the Artistic Muse Athenaeum

as thirsty eyes survey the museum

while merrymakers pass the narrow halls

to embark on autumn explorations

towards streams of Lethe the forgetful,

which circulates throughout every nation

causing nights of Bacchus the regretful.

However, in grand vantablack blunders

of the: rainmakers, shamans, and hunters,

as noses jingle to the frosty touch

that will introduce them to godly lands

while waiting around sets of tight clutches

during radiant sounds thumbing the door,

and aphrodisiac thoughts twirl and whirl

throughout the new Victorian decor,

which invokes a lofty opulent pearl.

A succulent taste of Nietzsche’s Table,

or the pinnacle of Pluto’s stations

Author: Justin A. Curmi I: A Cheap Flight  Floral